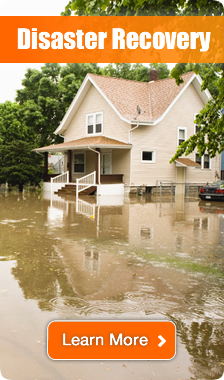 Home | Mold | Mold in the News

Mold in the News 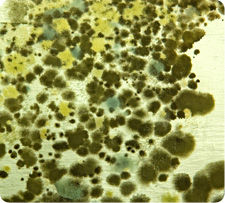 Exposure to mold and dampness [see Water Damage Restoration - TERS] in homes as much as doubles the risk of asthma development in children, according to a study published in the March, 2005 issue of the peer-reviewed journal, Environmental Health Perspectives (EHP) Researchers studied 1,984 Finnish children, age 1 to 7 years old, over a six-year period, to see if they developed asthma. Data collection included a baseline survey administered in March 1991, as well as a follow-up survey in March 1997, asking questions about the child's health, parents' health, parent's highest education level, and details of the child's environment including exposure to environmental tobacco smoke and presence of feathery or furry pets.

The study focused particularly on four indicators for moisture and mold in the home, including mold odor, visible mold, visible moisture, and history of water damage. The presence of mold odor proved to be the only significant indicator of asthma development. (I-Newswire.com - Mar 7, 2005)

As Jennifer Lair walks her daughter, Skyla, and a friend, to school, she fears Skyla will once again expect her little sister, Neveah, to be home at the end of the day. Lair says, "Skyla, she, at first, she was angry. Now she just questions: When is she coming home? Or is she coming home?" Two-year-old Neveah Lair died suddenly last year. "We woke up that morning, and she was gone," Jennifer Lair recalls as she wipes her tears. "It just angers me because I kept telling management, you know, that something was wrong in the apartment." (CBS News - Mar 4, 2005)

About 50 Tougaloo College students stood outside the administration building Wednesday to protest a mold problem in two dorms, officials and students said. "We decided it's time out for talking, it's time for us to do something," said Tougaloo sophomore Brandi Brame, who helped organize the protest.

The idea for the protest came after Brame's friend developed breathing problems, and her physician said mold could be a factor, she said. Green, black and brown mold grows on window sills, showers and in stairways in A.A. Branch and Renner halls, said the 20-year-old English secondary education major from Chicago.(JacksonClarion Ledger, MS - Mar 3, 2005)